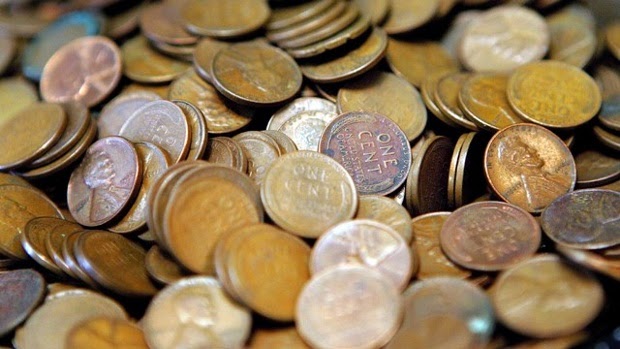 Even in the age of debit cards and direct deposit, it turns out that loose change can be used to buy more than just a gumball or more time on a parking meter.

The Transportation Security Administration will look to expand its TSA Pre-Check program with the $674,841.06 in spare change air travelers left behind at checkpoints across the U.S. in 2014.

According to Alison Griswold of Slate.com, recently released figures from the TSA show a $37,000 increase in the amount of loose change collected by the agency this past year as compared to 2013.
In fact, that figure has risen each year since 2010, when the TSA counted just over $400,000.
Unclaimed change, defined by the TSA as “money passengers inadvertently leave behind at airport screening checkpoints,” has typically been invested in the agency’s operations ever since Congress gave it the green light to do so back in 2005.

“TSA makes every effort to reunite passengers with items left at the checkpoint, however there are instances where loose change or other items are left behind and unclaimed,” said agency press secretary Ross Feinstein via email. “Unclaimed money, typically consisting of loose coins passengers remove from their pockets, is documented and turned into the TSA financial office.