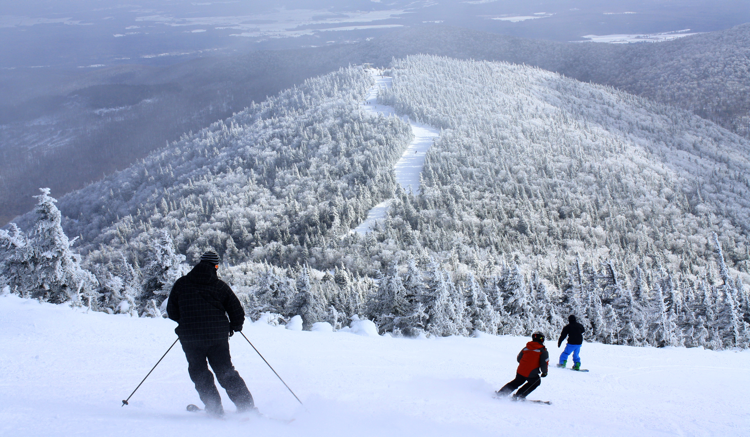 Vermont is just one of those places that blips out of the public mind unless it is under a foot of snow.

Which sells short the first state in the Union to pass anything in the way of same-sex marriage legislation (in 2000, in case you are keep score). So while the dinosaurs in Tallahassee are awaiting their Chixulub Event, let’s take a look at a state that from a Floridian standpoint is already novel for the fact that it has bona fide seasons.
Where to start? Well, the New Life Hiking Spa in Killington is as good as any, particularly since it just won a “Best for LGBT” top-ten spot in Spafinder’s 2013 Wellness Reader’s Choice Awards. An all-inclusive destination spa located the perfect hiking region of the Green Mountains of Vermont, it is also pretty cozy as all-inclusive spas go: it only allows around 700 guests a year.
Then there is the Burlington-based House of LeMay, the legendary drag queen troupe responsible for the creation of Lucy Belle LeMay, named P-Towns’s “Best Drag Queen” in 2001, and who held “Biggest Hair” in a headlock, taking top honors in 2002, 2003, 2004, and 2007. In 2008, heiress-apparent Margaurite LeMay won “Most Outrageous Drag Queen.” The House is recognized by Vermont as one of the best fundraisers and volunteer organizations in the state.
Wash down all the bile the ladies of LeMay gleefully dish out with the vintages of the Honora Winery in Jacksonville (the other Jacksonville). A popular stop for New Yorkers driving up to Montreal, the winery has some enviable gravitas: It’s wines have been winning awards almost nonstop since 2003, in particular from the American Academy of Hospitality Sciences in 2009 and the 2012 New York International Wine Competition.
And yes, the skiing. Stowe, Killington, the aptly named Mount Snow and the spectacularly named Sugar Bush are the top of the heap. It is here that Vermont blows the rest of the country out of the gay water: The real Maria Von Trapp — whom Julie Andrews immortalized in “The Sound of Music” — settled in Stowe (along with husband Georg and passel of do-re-mi-ing kids). The Trapps built the first ski lodge in the town and instantly put the state on the map for world-class winter sports. Since then, Stowe went on to be the winter capital of gay Vermont.
And summer? Yes, Vermont has one. You can scuba-dive Lake Champlain for shipwrecks, bone up on your history at the Ethan Allen House (yes, he was real, too), but I recommend the #1 attraction in the state: the Ben & Jerry’s Ice Cream Factory in Waterbury.  Sweet!
Contact Steele Luxury Travel to assist in booking your trip to Vermont!  www.SteeleTravel.com