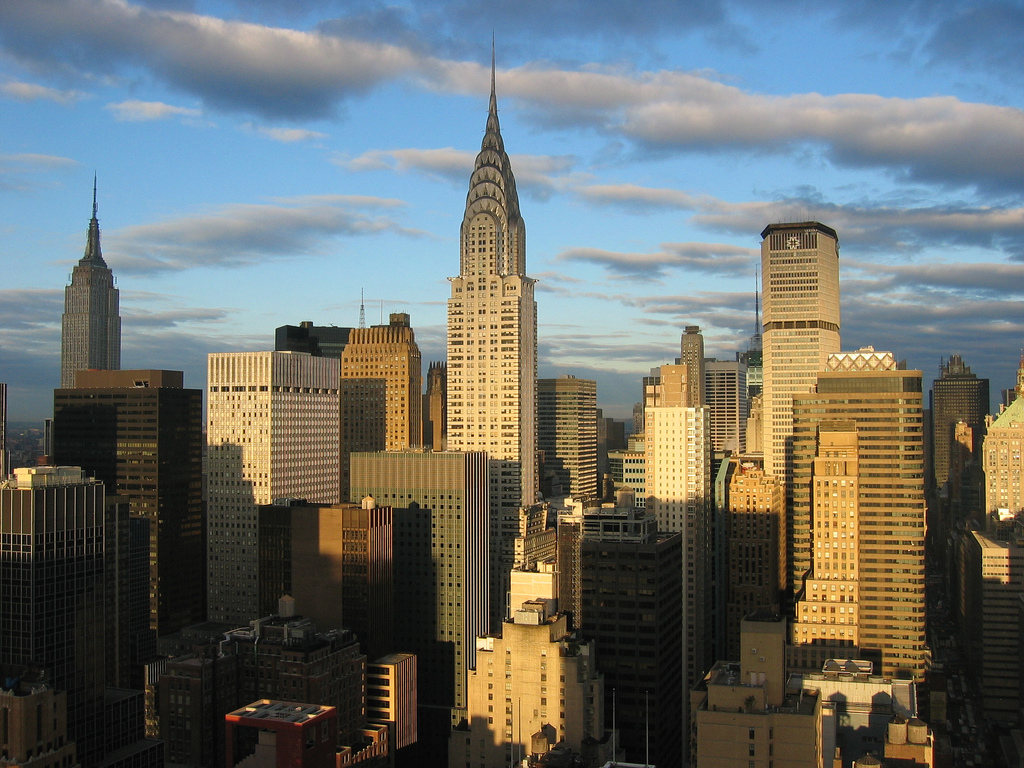 There’s a very true saying in New York that you can tell who is a native and who is a tourist simply by how they hold their heads. If they never look up, they’re New Yorkers. If they onlylook up, chances are they’re from Peoria.
But every rule has its exceptions. Some Peorians never once look up. In fact, some New Yorkers may find themselves looking up to them. Galling as it is to say.
Helicopter tours of Manhattan are one of those things everybody wants to do but almost never does. And that’s a real disservice, since the worm’s eye view of the Big Apple is only half the story, and what millions of people, natives and visitors alike, do every day. It’s the rare few that see the towers of glass and steel from above and eye-to-eye. In fact, seeing it head on is really the only way to admire all the Art Deco finishes of the Chrysler Building (it’s a real beauty, but is so dang tall that you’d never know).
And besides, a NYC helicopter tour was one of the great arcs in Absolutely Fabulous. It really says something when you are following in the footsteps of Edina and Patsy.
As most tours hover around 18-20 minutes, a little research with companies like Liberty Helicopters, New York Helicopter, and HeliNY.com goes a long way if there is something you have your heart set on to see. Hollywood may make it seem compact, but Manhattan is 8 miles long. It’s a lot of territory to cover even from the air, so operators have packages specializing in certain sections of the island.
All tours buzz the Statue of Liberty and harbor, but start to individualize after that; some tours fly along the Hudson River, others the East River, and still others both. There are Midtown tours, FiDi tours (that’s the Financial District in Manhattan), and tours that cover both sections, sometimes with Central Park and Harlem thrown in. Some go all the way up to Yankee Stadium in The Bronx (that’s a favorite of the baseball fans), and some all the way down to the Verrazano Bridge, which is the “gate” of New York Harbor.
Of course, you can do the whole island from the air, but costs rise accordingly. If money is no issue, I recommend the VIP-level tours: The crowds are less, the service more personable, and the luxury upped by a few degrees. If you really want to make it an event, you can even get married on a helicopter tour; the pilot acts as witness.
Didn’t Edie and Pats get hitched in NYC?
Be sure to contact Steele Luxury Travel for your VIP trip planning to New York City: 646-688-2274
Steele Luxury Travel
www.SteeleTravel.com