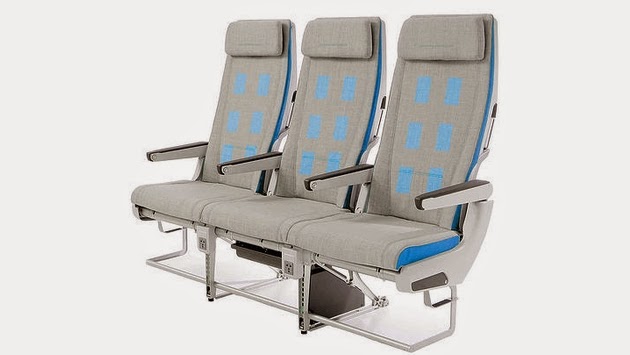 Flying can be the most stressful parts of a trip for those who are scared or feeling ill, but a new invention from students at Delft University of Technology in the Netherlands could help flight attendants better serve those who need it the most.

According to Chris Kitching of The Daily Mail, five students designed an app that would use sensors in the airplane’s seats that could help flight attendants figure out which passengers are feeling anxious and which are about to get sick.

Dubbed the Flightbeat app, flight attendants would be able to check every passenger’s heart rate by using special sensors that would send signals back to computer or tablet. Guests who are feeling ill or are scared could have higher heart rates, and flight attendants can address the issues immediately.
One of the project’s contributors, Flaminia Del Conte, told The Daily Mail about how the system works and how it will help both the passengers and the airlines:

“These seats are monitored by the cabin crew with the app on which they can log in, have an overview of the different status of the passengers and dive into each of the passenger if they see something is not going well. This helps them to go and check personally the situation to avoid an emergency landing procedure, which is expensive.”

Joining Del Conte on the project were fellow Delft University students Mirthe Monninkhof, Quirine van Walt Meijer, Alexander Vervoort and Isbrand Karman, according to Kitching, and the team was backed by Zodiac Aerospace with the help of KLM flight attendants.

For the time being, the app and the entire project were just a series of tests and experiments that proved the system could work. The hope now is that a company sees the potential in the project and offers it the backing it needs to be a major force in the industry.