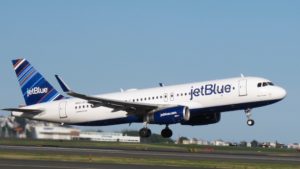 Airlines are moving their planes wherever they think they can fill them as the coronavirus pandemic drags on.

JetBlue Airways believes it can do that with more flights to south Florida.

The New York-based carrier, which already has a big operation in Fort Lauderdale, on Thursday announced plans to begin service at Miami International Airport in February. The airline said Miami is the busiest U.S. airport is it does not serve. American Airlines has a hub in Miami and most major airlines serve the airport.

“This year has pushed us to find new ways of operating our business and we’ve adapted at a pace we’ve never seen before, pivoting our network in response to changing customer demand,” Scott Laurence, JetBlue’s head of revenue and planning, said in a statement. “We’re continuing to play offense to bring in cash revenue and support our business recovery. These network additions help fine-tune our geography in ways that make sense in today’s market.”

Key West flights, which will be seasonal, also begin on February 11 and will operate through April. The airline will offer Key West flights from New York JFK and Boston.

Beginning in mid-June, JetBlue will boost its Mexico service in June with daily flights from New York and Los Angeles to Los Cabos International Airport. Mexico has become a vacation hotspot during the pandemic because it does not have entry restrictions like some other tropical vacation destinations.

Guatemala City flights, which were announced in January before the pandemic began and then put on hold, begin April 15 with daily service from New York JFK. Guatemala will be the airline’s 25th country served.