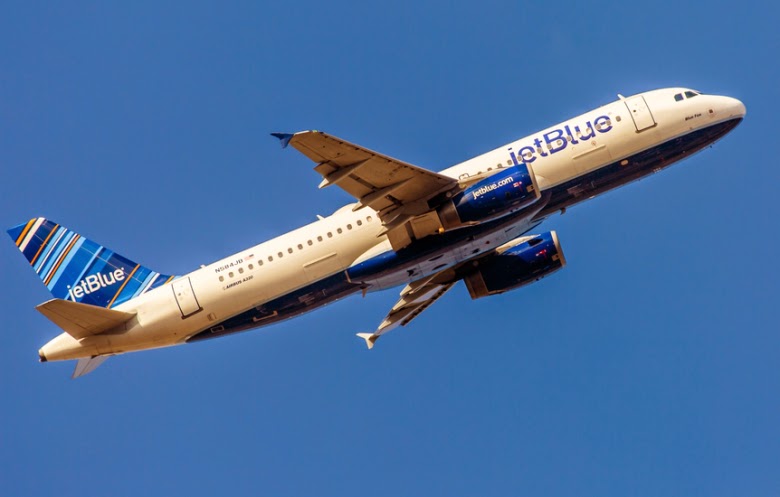 In advertising circles it’s called “Madison & Vine,” the intersection of marketing and Hollywood. Think of those Coca-Cola beverages on the judges’ table on “American Idol.”

We’re not sure if there’s a name for it yet, but the airline industry is starting to go down the same path.

JetBlue Airways today announced it will bring unlimited, on-demand entertainment to airline travel later this year through a collaboration with Amazon Prime members. The initiative will be called Fly-Fi for Amazon Prime.

The new feature allows Prime members to instantly access tens of thousands of movies and TV episodes — including exclusive Amazon Original Series such as “Transparent,” “Mozart in the Jungle” and “Bosch” — at no additional cost to their $99 annual membership. In addition, all JetBlue customers will be able to rent or purchase hundreds of thousands of titles in the Amazon Instant Video store, including new release movies and day-after TV programming, over the free broadband internet.

“We want to provide the best digital video experience to our customers, and we’re excited that with JetBlue, we will raise the bar in airline entertainment,” Michael Paull, Vice President of Digital Video at Amazon, said in a statement. “We’re thrilled that Fly-Fi technology will give Prime members and customers unlimited, on-demand access to the full catalog of titles from Amazon’s digital video library while they’re in the sky — without the need to rush to download one more episode or movie before taking off, we’re helping make airline travel more enjoyable.”

Fly-Fi, which is free on JetBlue flights. Access to Amazon’s entertainment library will be built into the JetBlue Fly-Fi Hub, giving customers instant access to watch titles from Amazon on their laptops, Fire devices, iPhones, iPads and Android phones and tablets — no pre-flight download needed. JetBlue’s free Fly-Fi broadband Internet will be available on all JetBlue’s Airbus A321 and A320 aircraft this year, and on JetBlue’s Embraer E190 aircraft in 2016.

“Just like at home, customers will be able to access movies and TV shows from Amazon from 35,000 feet in the sky over our super fast and free Fly-Fi,” said Jamie Perry, Vice President, Brand and Product Development, JetBlue. “Amazon’s customer focus aligns perfectly with the experience we have created for our customers, including the best inflight entertainment, free unlimited snacks and beverages, lots of personal space with the most legroom in coach and wide, comfortable seating. By teaming up with a category-leader like Amazon, we created a unique model where we can offer complimentary broadband Internet access.”