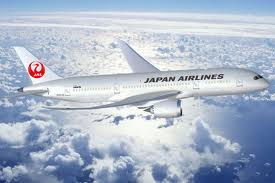 Associated Press reported that a Japan Airlines flight to Tokyo’s Narita Airport was forced to return to Boston’s Logan Airport on Thursday, July 18 because of a possible fuel pump issue on the Boeing 787 aircraft. Japan Airlines spokesperson Carol Anderson said that the return was a “standard precautionary measure” because a maintenance message indicator alerted crew to the potential fuel pump problem.  There was no emergency and the aircraft burned off fuel prior to landing according to the Federal Aviation Administration (FAA). The flight was over Canada when the turn back was ordered.

This incident is just the latest in a string of highly publicized issues that ultimately grounded the Dreamliner for several months starting this January because of issues with the fuel efficient aircraft’s lithium-ion batteries.  Those issues involved a JAL flight headed to Japan from Boston as well.
Last week, an empty Ethiopian Airlines Dreamliner had a battery issue that caused a fire onboard and disrupted service at Heathrow for several hours.  Boeing stock plummeted after that particular incident. On July 19 a team of British investigators sourced the issue to the flight’s lithium-ion batteries.  The investigation unit has recommended to the FAA that they review the installation of lithium powered locators in other aircraft.

In May, the FAA cleared the Dreamliner for flight, given the contingency fixes that Boeing put in place for any potential fire issues with the battery.  The National Transportation Safety Board continues to investigate the cause of the actual fires.  Boeing continues to stand by the aircraft that many have seen as the future of long haul commercial aviation and have sold out the aircraft through 2020.