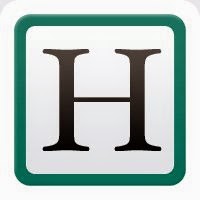 Last September, Ray Cole, a 69-year-old man from the UK, was arrested while on vacation in Marrakech and served a jail term of four months. During his internment, he was fed boiled vegetables once a day and slept on a concrete floor of a prison dormitory designed for 44 but was housing 60. His family didn’t know where he was; Cole’s son Adrian told The Guardian that Moroccan officials “had been reluctant” to even confirm where the senior Cole was, much less incarcerated. It was as if he had just been plucked off the street and vanished — which, to a certain degree, he was.

Eventually, and inevitably, this made it to the British Foreign Office, and from there, to halls of Parliament in London. Conservative MP Charlie Elphicke picked up Cole’s cause, and warned that British tourists had to fear for their safety if they set foot in Morocco.

In a statement, Elphicke said: “I have been doing all I can to help free Mr. Cole from these appalling charges. I am deeply concerned about his safety and it is clear that if you visit Morocco you are at serious risk of facing trumped up charges for medieval crimes. The message is clear — Morocco is not safe for British tourists.

“I am gravely concerned by the state of Moroccan prisons, and the care and the safety he will have in jail. I’m raising it with ministers, asking them to intervene more directly on his behalf. It is a shocking and appalling situation for a British national to be in and it is really important to get him back to the UK.”
The story soon went viral across Europe, and he was eventually freed.

Cole, so you know, is gay. He had come out a few years before his trip to Marrakech. But ironically, even though he was charged with “homosexual acts,” he was not caught in flagrante delicto. No arrests in a bathhouse or hammam or even a raid on an underground party. The authorities allegedly found incriminating photos on his phone. But how did they even know those photos were there to begin with? How did anyone know he was gay? What set all this off?

Cole was a man in love. He had gone to Morocco to meet Jamal Jam Wald Nass, 20, whom he begun a relationship online several months previously. Nass, who was released sometime later, was known by authorities to be gay, or at least, very heavily suspected of such in a country where homosexuality is illegal. So when he showed on the sidewalk with another guy (whose age difference would make even New Yorkers do a double-take), it wasn’t hard for the police to put two and two together even if nothing was “going on.” In they swooped.

After that very long set-up, I should say that this article is not about the Moroccan legal system, or even its draconian views on same-sex relationships — those are their own articles. Rather, it is a very practical, if on the surface cruel, highlight to not get involved with natives.

Let me explain. You may remember the Google commercial “Parisian Love” documenting an expat’s romance with a Frenchwoman with whom he lives happily ever after in Paris. Very sweet. But the fact of the matter is that we do not live in Google (although we try) or France (although we try). But while a little Franco-American action never hurt anyone, there are some countries where you take your life into your hands getting into a same-sex relationship.

And it is not just Morocco, which is actually one of the more liberal Muslim countries in the Arab world. It goes without saying that Muslim nations, even those Europe (Bosnia & Herzegovina, Kosovo) are hostile to gays and lesbians. But a few go even further and try to root us out, using spy tactics and even double agents.

It’s called different things in different countries. In Saudi Arabia, it is Committee for the Promotion of Virtue and the Prevention of Vice; Afghanistan has the similarly-named Ministry for the Propagation of Virtue and the Prevention of Vice. Most often, they are simply called “mutaween.” Whatever the name, they are the morality-enforcing religious police, responsible for upholding the religious tenets of Islam. Hijabs on women, beards on men, no alcohol, no mingling between men and women — different states may have different variations, but these organizations are pervasive wherever they are.
As a Westerner, or even if you are from the Far East, you will stick out like a sore thumb regardless, and you will be, if not watched directly, “paid attention to.” As is anybody you are with. Gay sex is about as apostate as it gets, and with the Internet of Everything, it’s not hard to do a little espionage on Grindr. And long before you get there, natives suspected of being gay or lesbian may already be on a watch list. You will be adding a spark to the powder.

Not all Muslim countries have mutaween (officially). Lebanon does not, the United Arab Emirates does not, Oman does not (good thing, the sultan is widely regarded as being gay). But it’s not just Muslim countries: Russia and Uganda are good examples where any sort of public same-sex affection, or same-sex affection made public, is in all practical terms a death sentence for all involved, no Islam needed. Instead of instituting an organization to do it, the populace itself is just encouraged to keep tabs on you, North Korea-style.
Even progressive countries have their hurdles: a gay man in Japan, Taiwan, or Thailand may still marry a woman simply because of social pressure to continue the family line, and leave you out in the cold or worse, in permanent second place. I would love to say that love conquers all, but however rueful it may be to say it, that just isn’t the case all the time.

There is a general rule among travel professionals that falling in love internationally has more than a few pitfalls. Let’s ignore the dangerous places outright, and look at France, or Iceland, or Argentina. Yes, there is the romance of it all, the “foreign affair,” but forget the whole idea of what you see in movies, dime novels, or Google commercials.

There are a lot of cons out there, including emotional ones. Some potential Romeos may not want you but want what you are, still thinking that marrying an American is no-fail gate to citizenship (after 9/11, it isn’t). There is the very straightforward realization that when you are on vacation, the “relationship” — such as it is — already has a termination date. There is also a big difference between a relationship built over time and one still in that heady 72 hours of the initial meeting, i.e., love vs. lust.

The whole point of a vacation is to go and enjoy yourself. Do that how you will. But however great the temptation (or the thrill of almost getting caught) with this totally hot guy you just met, keep your feet on the ground. Keeping everything in its proper context might actually make the moment even sweeter, and create even fonder memories. And a reason to go back.