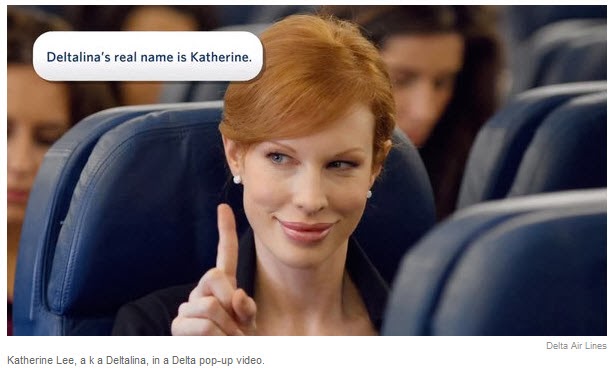 Harry Connick Jr. gave Atlanta-based Delta Air Lines a big plug on the Jan. 22 episode of American Idol by asking a contestant, Sarah Scherb, whose dad works at Delta if she ever met “Deltalina,” the red-headed flight attendant who has told millions of travelers not to smoke while wagging her finger.

“It’s for people who fly commercial: You wouldn’t know, Jennifer. When I’m not on the Greyhound, I occasionally fly coach on Delta!” Harry joked.

Following the episode, Delta thanked Harry for the shoutout on Twitter.