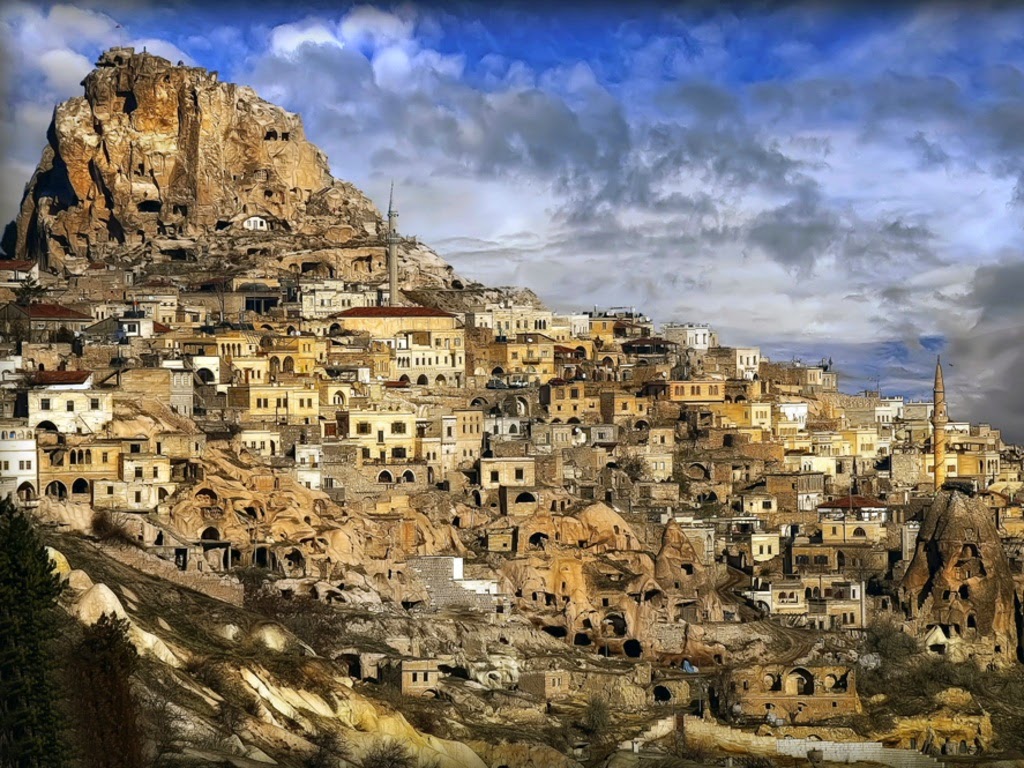 Even if you never heard of Cappadocia, there is a good chance you have seen it. And why not? This region deep in the heart of Turkey is one of the most fantastical on the planet.
Millions of years ago, volcanoes covered the entire region in several feet of ash. Over time, that ash solidified into a soft rock called tuff that erodes rapidly. Fast-forward through the eons, and erosion has turned the landscape into a wonderland of gothic pinnacles, hoodoos, and other fluid-looking formations.
And where nature left off, man picked up: former generations — Hittites, Romans, Byzantines — carved whole communities into the tuff, and not just in ancient times. Kaymaklı, a village almost completely underground, was lived in right up until 1923. The history, as much as the geology, turned Cappadocia into one of Turkey’s must-dos.
So of course, all the must-doers gotta stay somewhere, and this is where the Gamirasu Cave Hotel steps in. A 12th century Byzantine Christian church forms part of the property, and until recently, part of the hotel was still used by Christian monks. Much care has been taken to blend the historic facades with the natural curves and swells of the Cappadocian landscape to preserve its traditional style and appearance while tastefully blending in the utmost in modern conveniences. Exquisitely carved wood, Oriental carpets, and soft linens are effortlessly paired with plasma TV and WiFi. Who said old and new had to be at odds?
Like a lot of architecture that has the sun over it for most of the year, the Gamirasu is fairly modest from the outside; this is one of those places that saves all the razzle-dazzle for the inside, since that is where most of the action takes place. Its creators did not stray far from tradition; most of the rooms of the Gamirasu are carved directly into the rock face, and each “suite” is a fabulous window to the past of when “going underground” was the place to be (and does a nifty job of keeping things cool. Cappadocia can get hot in the summers).
Not that you have to be a groundhog to go. Sun-loving guests have an azure pool to get their vitamin D hit, and all but two of the restaurants are open-air, giving stunning views of the landscape. Take a quick look around and you’ll see just how extensive the underground cities got. I mean, they are everywhere.
It proves that you don’t need multiple floors to be impressive.
For more information, go to gamirasu.com. Check out their 360-degree tours to see just how opulent things get. Steele Luxury Travel is pleased to assist with all of your Turkey travel plans.  Visit www.SteeleTravel.comfor more details!