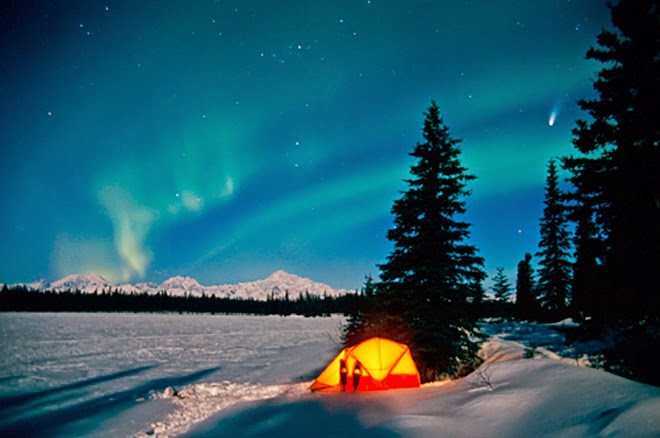 I remember when I was in the Aran Islands, off the western coast of Ireland, that I got lost in the nighttime sky. I was walking back to my hotel in the dark, and chanced up to look at the stars.

Never had I seen so many. I literally could not find one familiar constellation. Not Orion, not Cassiopeia, not the Big Dipper. The Arans are so far away from any major city that the sky you see is the sky you would have seen 5000 years ago.
“Darkness” tours are a thing — if you are into stargazing. You’ve all seen those photos of the night-side of Earth lit up like a Christmas tree. It is very striking, but the downside with all that light escaping up into the sky is that it drowns out the stars. This is called light pollution, and several localities are now billing themselves as “dark zones.” If you like diamonds in the sky, here’s the best place to take a gander:
The Aran Islands
These three limestone rocks don’t bill themselves as stargazing hubs as such, but they offer some of the best places to do so in all of Europe. An easy ferry ride from Galway, you could easily spend a week crawling over Bronze Age forts by day, and gazing up at night.
Death Valley
No shocker here — the place is so hostile, it has been empty of human settlement for…well, ever. A plus: The mountains on either side block out light beaming in laterally from more friendly environments. Death Valley National Park doubles as an International Dark Sky Park, but go in winter, when it is comfy 70 degrees.
Denali National Park
The cool thing about stargazing in Alaska is that not only do you have crystalline air, but also the chance of having your stars spiced with an aurora or two.
Keilder Forest
Officially the darkest place in England, this piece of Northumbrian real estate runs along the border with Scotland. You are definitely in the hinterlands, but the accommodations at the oh-so comfy Pheasant Inn alone are worth the trip, as are the Roman ruins in nearby Hexham.
Atacama Desert
This desert in northern Chile is so dry, it hasn’t rained for decades in some places. That, in turn, gives you some of the clearest air on Earth. Several observatories use that to their advantage, including the Paranal Observatory, home of the Very Large Telescope. Yes, that is its name.
The Caribbean Sea
Ok, for this one, you need to be on a cruise ship, but several lines advertise stargazing activities. It makes perfect sense, since you are in the middle of the ocean and miles away from city lights.
Steele Luxury Travel is here to assist you with all of your star gazing travel needs.  Visit us at https://steeletravel.com