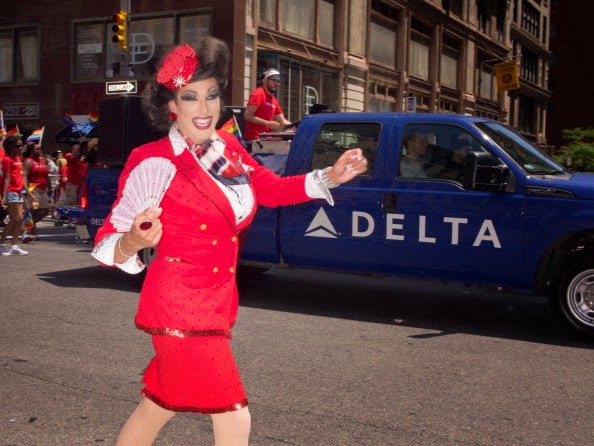 One of the biggest topics of discussion in the United States right now is same-sex marriage, but Delta Air Lines made its stand Thursday when the company became the first carrier in the United States to pay any additional income taxes related to health care plans for same-sex domestic partners.

According to Scott Mayerowtiz of The Associated Press, Georgia is one of the 13 remaining states that have not legalized same-sex marriage yet, and the additional income taxes are only added in those states. Delta is based out of Atlanta and will now pay the additional taxes retroactive to Jan. 1 on behalf of all qualified employees.

“While this issue remains unsettled on a national level, Delta’s commitment to diversity, inclusion and respect is rooted deeply in the airline’s values and culture. By providing equality in this critically important area of benefit costs for employees with same-sex domestic partners, we will continue to build a great place to work.”

The airline is one of many companies that have urged the Supreme Court to support marriage equality, and the matter will be going in front of the highest court in the country in April. The decision from the court on whether it is unconstitutional or not to ban same-sex marriage should be determined by June.

Delta has been a vocal proponent for the LGBT community. The company has shown its support of regional Pride events in cities across the United States, is an underwriter of the GLAAD Media Awards and the founders of the Delta Employee Equality Network.

As the hot button issue of same-sex marriage makes its way to the Supreme Court, Delta shouldering the tax burden of its employees makes the company’s view on the situation crystal clear.