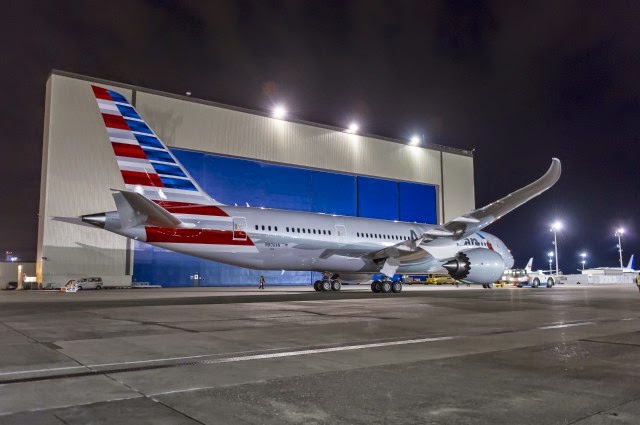 American Airlines today successfully debuted its new Boeing 787 Dreamliner on a flight from Dallas to Chicago, becoming only the second U.S. airline after United to utilize the aircraft.

At the same time, American Airlines today launched daily nonstop service between Dallas/Fort Worth and Beijing Capital International Airport, the airline’s 11th route between the U.S. and Asia and the only daily nonstop flight connecting DFW and Beijing.

“The launch of today’s flight is a significant milestone for American as we continue to grow our presence in the important Asia-Pacific region,” Doug Parker, chairman and CEO of American Airlines, said in a statement. “With this new service to Beijing, American now offers nonstop service from Dallas/Fort Worth to five key business markets in Asia – Beijing, Hong Kong, Seoul, Shanghai and Tokyo. This new destination further enhances our network footprint and allows for one-stop connections through DFW between Asia and major business and leisure destinations in North, Central and South America.”

American’s service to Beijing will initially operate with a Boeing 777-200 aircraft before it switches to the Boeing 787-8 Dreamliner beginning June 2 – the same Dreamliner that flew today to Chicago.

“The Dallas/Fort Worth-Beijing flight strengthens the relations between Texas and China and demonstrates the rapid growth of Texas-China cooperation,” said Li Qiangmin, Consul General of the People’s Republic of China in Houston. “The flight’s positive impact will radiate in the southern part of the U.S. It will certainly benefit our business relations, help bring our peoples and countries closer, and contribute to the overall China-U.S. cooperative relations.”