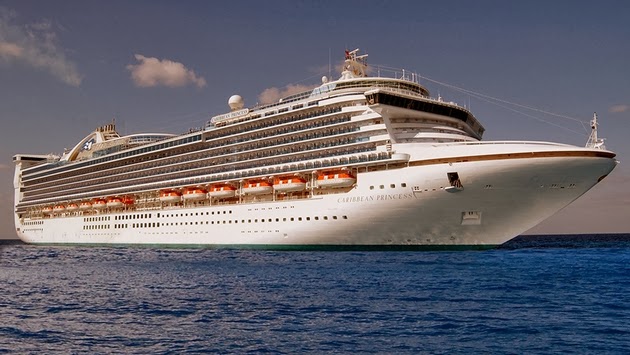 A second cruise ship in a week has reported an outbreak of gastrointestinal illness to the Centers for Disease Control and Prevention (CDC). Princess Cruises’ Caribbean Princess cancelled a call at Belize to return to Houston on Friday, a day early.

The CDC said 162 of 3,102 passengers, about 5.22 percent, and 11 crew members (less than 1 percent) reported vomiting and diarrhea symptoms.
News of the outbreak comes the day after Royal Caribbean International’s Explorer of the Seas returned home two days early after 630 passengers and 54 crew members reported gastrointestinal distress during the Jan. 21 cruise.

However, Princess said the early return is not due to the norovirus outbreak, but because it received a warning that dense fog could close the Bayport Cruise Terminal this weekend. Fog is a frequent issue for Houston during the winter months.

“Caribbean Princess is being forced to return to Houston one day early because we were informed that dense fog is expected to close the port for much of the weekend,” the company said in a statement.

Later, the statement adds: “Simultaneously, onboard the current sailing, Caribbean Princess has experienced an increase in the number of cases of gastroenteritis among passengers, which has been confirmed to be norovirus, a common but contagious illness which is widely circulating throughout North America.

“Because of the increased sensitivity surrounding norovirus by both cruise lines and the Centers for Disease Control (CDC) in this winter season, we notified the CDC who will be boarding on Friday to ensure all appropriate measures are followed for an extensive sanitation of the ship prior to the next cruise departing Feb. 1. Approximately 5 passengers have current active symptoms of norovirus, and over the course of the cruise 165 passengers reported ill to the medical center.”

The CDC said the ship increased cleaning and disinfection procedures, kept passengers informed about the outbreak and encouraged reporting of symptoms, collected stool specimens from ill passengers to submission to CDC labs, and consulted with CDC on plans for disembarkation and the delayed embarkation of the next cruise on Feb. 1 in Houston. Two CDC Vessel Sanitation Program (VSP) environmental health officers will board the ship in Houston upon its return.

The CDC said samples tested with the vessel’s rapid norovirus test were positive for norovirus. The specimens sent to the CDC lab will be tested for confirmation.

Princess said passengers on the current voyage, which departed Jan. 25, will disembark on Friday, Jan. 31. Princess said it would provide overnight hotel accommodations for passengers with flights scheduled to depart from Houston on Feb. 1, the original disembarkation date, along with a one-day per diem to cover other expenses such as meals. The line also said it would provide a future cruise credit of 20 percent of their fare.

“We truly regret having to make this change to our passengers’ vacations, and we hope they understand that we did not have any choice but to return to Houston early before the unusually heavy fog closes the port,” the company statement said.

While some inflammatory consumer media reports place the blame for such illnesses squarely on the cruise lines, industry experts and CDC statistics indicate norovirus often is carried onboard by passengers and affects a tiny percentage of cruise travelers.

The CDC says norovirus is the most common cause of acute gastroenteritis in the U.S., afflicting 19 million to 21 million cases each year.

In 2013, the CDC confirmed seven such norovirus outbreaks on cruise ships, affecting 1,321 passengers.